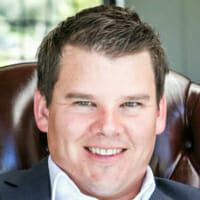 Grosvenor Square is a low-rise, campus-style office park consisting of five two- and three-storey A-grade buildings set around a picturesque central courtyard in a prominent location on Century Boulevard.

Balconies, kitchenette’s and toilets on each floor.

Direct Access from the secure basement parking to the offices

There are also a number of visitors bays.

Fibre in the unit: Yes

513m² – Office in the heart of the Southern Suburbs at Newlands on Main
Newlands, Cape Town, South Africa
R189/m² For Rent